By admin11th January 2019 No Comments 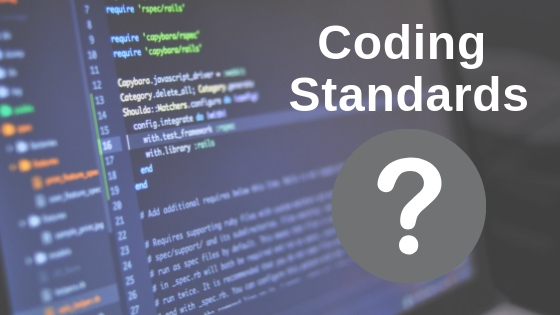 Coding, the soul of every software defines the overall performance of a software application. There are many software engineers who code for various platforms and applications by using a programming language. Since years, programming has been evolving itself to meet up to the customer requirements and changing needs.

But, what has slowly changed the programming era is the advancement and compliance with the ‘Coding Standards’. Yes, the coding standards have a great importance in creating a well framed and clean coding system. This certainly ensures better code understanding along a fine logic implementation and of course determines better software product quality.

Let’s understand this in detail and take a walk through to basics of it by first knowing the 5 coding conventions and then reading through the coding standards.

Coding conventions are the basic rules of using a programming language. These coding rules cover all the details from naming conventions to declaration, commenting, indentation, statement rules and other architectural semantics. These conventions are framed by the organisations(not enforced by compilers) and aim at keeping the code easy to read and understand at any point of time. Here are a few of these:

Coding standards are no rules of writing the code, instead these are the globally expected formats of code. A code that follows coding conventions will for sure comply with the coding standards.

It’s important to match the coding standards by following the following practices:

While you follow these, you save a lot of time, effort and resources. It’s always advisable to keep the code clean and integrate security measures to ensure robustness. Here are a few benefits of doing so: