How to create a production plan concept – Important Phases to consider

By Anupama Saini30th January 2018 No Comments 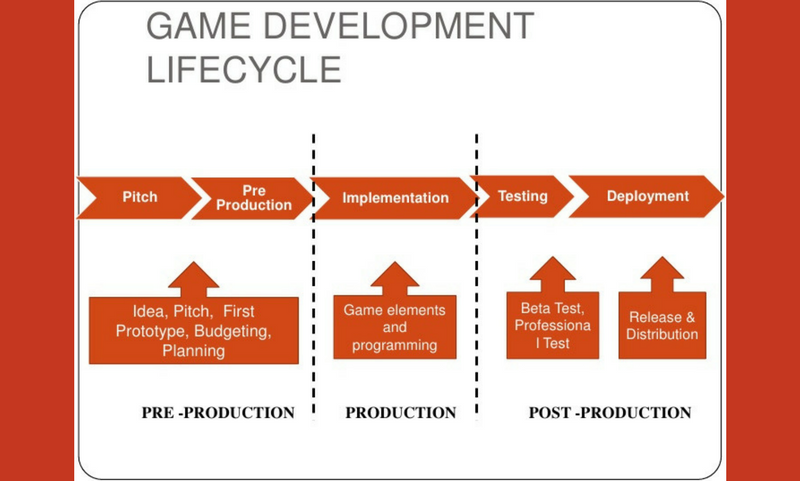 We all want to make successful games – innovative, profitable which is loved by millions of players worldwide. Here the question arises, Is there any recipe or path to make games unbeatable and successful.

Yes, with the right production plan concept a game idea can turn out to be a product with massive earning potential and a high success rate assured. However, before we start with the production concept, it’s important to do some preparation as well so that no hurdle comes into the game development process.

What is Production Plan?

We will walk you through the detailed process of a production plan for successful game development process:

Preparation: In this phase, the tools and decisions required to set up the development environment, target system specification and target market are determined. The milestones within preparation consist of:

Pre-Production: In this phase, the objectives of the game are listed out and the fun factor to discover the game overall. Here, the aim is to make a fun game by integrating ideas into design and then playing out those ideas using concept art and mockups. The milestones within pre-production phase include:

Production: In the production game development phase, we take a game design document and well-defined project scope into consideration. That’s how we commence with the full production of a game by creating a product backlog, producing game code releases using agile iterations and creating enough game elements for Alpha testing. Once the initial testing has been set up, we should have a better idea how the game is going to work, find out real challenges that may crop up during the game development and finally, fix the bugs. The ultimate aim of production phase is to have a demo release which can be further polished to attract the distribution sponsors. The milestones within production phase consist of:

Sponsoring: It’s time to prepare your game for sponsorship approval by creating an awesome icon, description, having a quality video trailer, producing outstanding screenshots and having the core game done. This includes a focus on honing game elements to make the game out of the world, enhances user experience and add value to your game such as adding more fun details like music and intuitive graphic elements.

Now, when we have a fully developed game ready for the final testing. What is the next step? Well, it’s called post-production. After the game is completed, more intensive playtesting will ensure the quality and fun element of the game. Certainly, these tests will find bugs, test reception and give your sponsor the confidence that you have a powerful game before the final release. All feedback received during the open beta testing will play an important role towards game success. The milestones of this phase consist of:

Every game needs a PUSH

This is the stage which makes a way to give users with premium content to enhance the game with post-production upgrades, keep the game rising, let game players add whatever they want to add in the game and give extra monthly income. This stage is more like a marathon and it’s success or failure will determine how much money was invested in the game and how much money it made. The milestones within the PUSH strategy consists of:

Henceforth, as the game is establishing your brand and style within the gaming industry it is also setting the stage for new versions and diversification into other operating systems. This way, with the above production plan concept, explained your game will get closer to the higher success rate which you have always dreamt of. This is the power of planning the game development and lurking the marketplace an unlimited number of downloads and seven-figure money revenue. Let’s not waste the time anymore and ready to associate yourself with the experienced gaming team who knows what all you need in your game to taste the fruits of success.