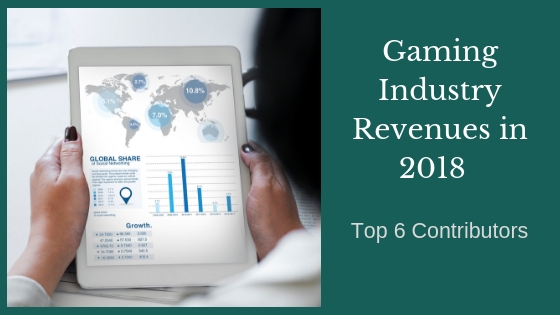 The thriving gaming industry is continuously flourishing and adding participants each second. With awe inspiring game genres and user friendly experience, more and more people are getting attracted towards gaming. Recently, it has been estimated that the gaming market will reach a booming $138 Billion in 2018, with an increase of 14% from the previous year.

Does this credit go to game development studios? Well, yes! If we see the minds behind understanding the user scenario, finalizing a concept and story-line and then finally doing justice in game development process is what makes it a hit.

Let’s now take a walk-through to the various progressive areas and regions in gaming industry throughout the world.

It is worth applauding that the gaming industry has a global religion of passion and mania, which is the single driving force that indulges people into gaming. Here are a few factors that add to the theory of gaming evolution in recent years

These are some important facts, that add to the gaming industry’s growth: