Why to Invest in Game Development 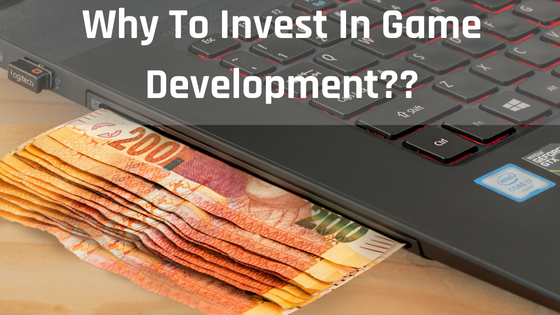 Game Development is an entire field in itself. No one ever thought that it would grow so much and create its own identity. There are numerous games that are developed and released every day without any idea on their fate. Some games go missing in days after release, some stay a longer time, some are never known if they existed and some die before they are released.

The ultimate success of a game depends upon many factors that begin from mere idea of the game to its deployment. Great earnings, popularity and customer retention are a few things that determine the prosperity of a game.

Before you Invest in Game Development – look here

You may own a big empire and have lot of revenues or a may be a common man with very less revenues and want to get a game developed, but in both the cases your success cannot be determined on money itself. A strong planning and execution is necessary to give it the right way.  The following are a few aspects that are very important to be considered before you give your money

How to Invest in Game Development – the ways

Nowadays, many game development companies invite you to invest in the game development as a shareholder and earn profits later on. This is a booming trend that is giving great earnings, revenues and profits.

Why Invest in Game Development – benefits to you

There is always a risk that revolves around investments and returns. When you invest in game development, there is an obvious chance that you may either earn or loose. But the companies or partners in such investments ensure your return first and then look for their shares.

Gaming is a continuous process and has a much wider scope in near future. If you are planning to invest in game development, then be cautious of where and how to invest. Once you invest with a right game, you are sure to earn huge revenues.