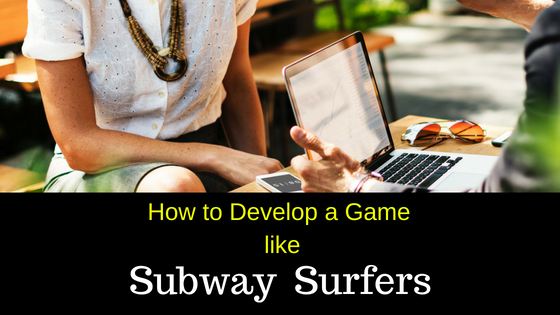 Making a game is a creative process. You need to be sure and confident of what you want and whether you have the required skills to do it or not. Making a game has various phases and you need to either be expert in all those or have a dedicated expert to do it.

Subway Surfers is an endless runner game that is highly responsive and contains well crafted game play. This Sybo and Kiloo game has created history by getting more than 1 Billion downloads at Google play store not by hi tech effects, but it’s simple and attractive game play.

The main engine behind creating such a successful game is Unity and you shall use this too for that awe inspiring game.

If you want to develop such a game, you need have knowledge in programming and some knowledge in Unity will be an added advantage. However, if you don’t know Unity,  it’s absolutely easy and friendly to use and learn.

Why Unity for Game Development like Temple Run, Subway Surfers

A Game Engine + An Application + A Code Editor = Unity

This rare combination of a game engine, an application and a code editor is what makes Unity rule with power. Besides this, Unity has various inbuilt features that are very useful for developers as well as designers such as IDE, Assets Store, Scripting, Graphics, Cross platform, Economical and many more.

Steps to Create a Game like Subway Surfers for iPhone & Android

When to Begin Marketing your Game

Marketing is the most required and most ignored part of game development. In this competitive gaming world, there are numerous games that are released each day and diminish without gaining much. This is just because of no or less marketing.

A planned marketing strategy should be ready to attract gamer prior the release. You can use following ways to do impressive marketing of your game

Developing a game is for sure not at all a child’s play and fetching as well as retaining audiences for it comes out to be even more tedious until it becomes popular. You can develop a game yourself if you have complete knowledge on it or can outsource to a good game development company like Ommzi, that takes care of everything from concept designing to deployment and marketing. Also, the quality of the game is very important that includes well crafted and appealing game scene as well as character. Always remember that what is important is not your concept, but what the target audiences/players love to play.