By admin10th January 2019 No Comments 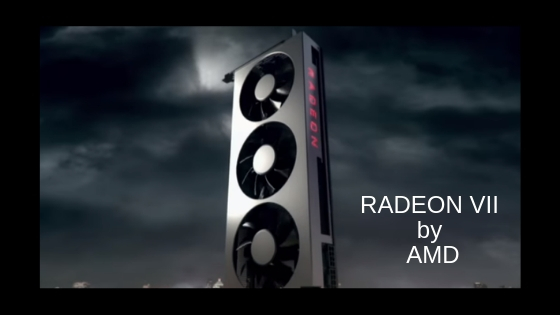 Gaming, the passion of over hundred million gamers has now become the mainstream of entertainment. People of all ages are deeply passionate about their favorite games and want everything to be better and better be it the game play, graphics, power ups or the assets.

The Radeon VII GPU is a new power packed performer for both the game developers and the gamers while featuring 4K gaming. It incorporates a high end blend of technology that makes it faster and better for 3D rendering and video editing applications as compared to the AMD Radeon RX Vega 64 with

Also, it ensures better performance metrics for gamers too, with

In addition to this, AMD also introduced the AMD Radeon software that provides instant game driver support and quick game optimizations up-to-a-minute for performance enhancements. Now, the gamers can easily share their amazing gameplay moments by capturing and streaming them at Radeon ReLive  – the monitor performance systems.

Finally, the great deal as an introductory offer that comes along is a happy gamers deal. Yes, you get 3 games –  Resident Evil 2, Devil May Cry 5, and The Division 2  with Radeon VII graphics card purchase.