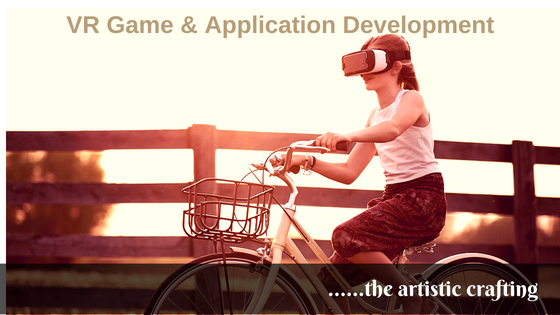 Virtual Reality is generally termed as a gaming technology by many, whereas others often remain confused on what it is. The use and usefulness of Virtual Reality is an astounding field with wide areas of its interactive application.

The first impressions of VR use can be dated back to 1860’s. The Virtual Reality has existed since long, but got popularity in recent few years when the technological advancements made Virtual world more powerful and interesting.

Since its evolution, the VR industry has now reached a multi Billion business industry. Almost all the fields today use or are preparing to use VR as their main tool. Today, almost all top notch streams and businesses  including films, medical sciences, gaming, military training, flight simulations etc. have adapted to VR

Creating any application is a strict process driven approach that follows a set of protocols to accomplish the tasks. Because VR is a virtual world that takes people along to experience almost real like situations, the businesses and trainings have started to use VR applications in achieving an almost real like feel.

A few basic steps that are followed in finalizing the application concept:

Developing a VR application requires the collaboration of both designers and developers. We at Ommzi have a smart team of developers and designers, who are well versed in latest tools and techniques. We work in various technologies including Unity and Unreal to create the most immersive VR experience.

5 basic steps in development process are:

These 5 steps are not as simple as they seem to be. Creating any gaming or  non gaming application in VR requires the following adept skill set and perfection to create a well curated application.

The VR application – into our hands

After successful completion and rigorous testing of the VR application, it is uploaded to the application store or made available at the dedicated platform. The users can then access the application and enjoy the VR bliss through a VR device.

Checkout the Best VR devices in 2018

Virtual reality is much more than what we think. Its a virtual world near the real world, that can take you to an enchanting and thrilling experience. The VR industry is continuously growing while stretching its boundaries. The most alluring VR applications are a gift of expert VR Designers and Developers. It’s important for you to hire VR developers who are adept enough to adapt to the present and upcoming VR technology.