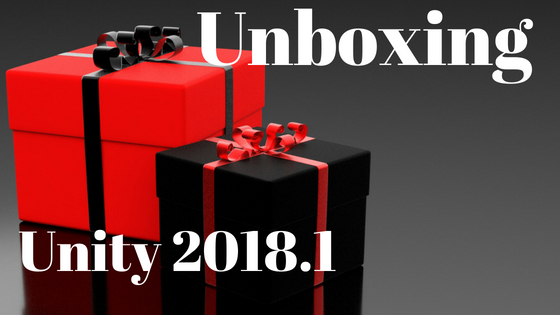 Now, in 2018, Unity has come up with a new and updated version that is proposed to have the following releases and features

The features and enhancements – Unity 2018

Glimpses of the First Release This Year – Unity 2018.1

Unity has left everyone astonished with its optimized version 2018.1, that was just recently released on May 2, 2018. It’s a great and an amazing release for both the artists, developers and the users. Let’s explore the latest fascinating features

5. Pro Builder:  Pro builder has now joined hands with Unity. You can now use all the advanced tools in Unity without any extra cost. ProBuilder, ProGrid and Polybrush are all integrated in Unity 2018.1 and cater a higher level of design tools and capabilities.

6. Asset import: Animations roundtripping (including custom properties), Blendshapes (experimental) and Lights roundtripping have been improvised. This version of Unity aims at keeping the FBX modifications intact even if accessed by any external application.

The Deprecated tools and packages – Unity 2018.1